December 21st, 2012 is on everyone’s mind. What will this date bring? Is it the end of the world? A new beginning for mankind? Or just another year on the calendar?

2012 Crossing Over: A New Beginning explores a spiritual perspective on the events of December 21, 2012. The film investigates the galactic alignment, consciousness awakening, cycles of evolution, our binary star system with Sirius, the fear agenda in the media, who’s behind it, love vs fear and much more.

The film is loaded with amazing revelations of the current times we live in, from exceptional astrologer and teacher Santos Bonacci, spiritual leaders Bud Barber, George Neo and much more.

Participants featured in this film say that we’re at that time when great transition takes place. The society, the way we live now, is changing very rapidly.

We have to go along with the change that’s happening as opposed to fear it and resist it. We have all heard about “2012” It’s the doomsday. The world will end, the mankind will end. 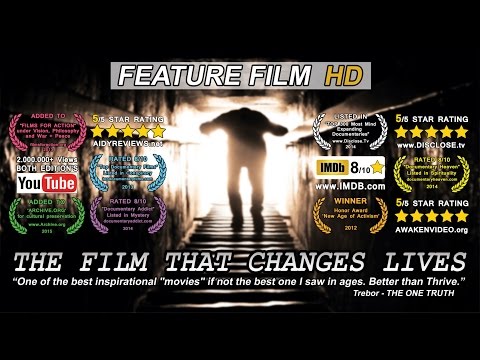 Fifty million stars in our galaxy have the potential of supporting life forms capable of traveling to other planets, says Erich von Daniken. In search...

Has the culling of the human population already begun? According to this documentary film, a global depopulation agenda has been launched. As this covert culling...

Many conspiracy theorists believe that many celebrity deaths have been the result of a illuminati murder, including Bruce Lee, Anna Nicole Smith, 2pac, John Lennon...

The film exposes the current state of world affairs but offers a glimmer of hope by presenting several viable options. It also presents the brutal...

Blueprint of Madmen is a documentary film by Alex Jones that definitively declares war against the attempts to control the population through a fear of...

Why in the World are They Spraying? is an investigative documentary into one of the many agendas associated with chemtrail/geoengineering programs, weather control.