You could be forgiven for thinking that the freezing wilderness of Alaska would be one of the last places on earth to feel the impacts of global warming.

Instead, climate change scientists say that Alaska is warming at twice the rate of the rest of the planet. Erosion, flooding, and a drastically changing landscape are putting locals at the forefront of a crisis.

“It’s changing. The ice is getting thinner. Warming up early. Getting cold late. Summer is snowing; winter is raining.”

The native Alaskan community of Newtok is predicted to be underwater by 2017 and locals like Reppi Swan say it’s getting harder and harder to hunt because of the rapidly disappearing ice. There are 23,000 glaciers in Alaska, and glaciologist Tad Pfeffer believes they are all shrinking.

“Every day I wake up and look out my window and think, ‘wow this is scary’,” says Robin Bronen, a local of 25 years.

As the imperative to relocate whole communities grows stronger, anxieties over the lack of government funds or action are causing growing anger. In response locals have started filing lawsuits against the oil companies they hold responsible for the rising temperatures.

“The government aren’t dealing with the problem. Our lawsuit is going to the source”, argues resident Colleen Swan. 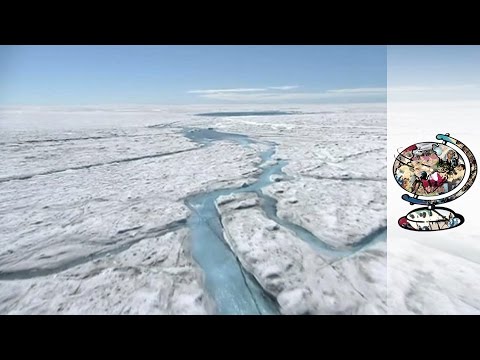 This film takes viewers on a deep into one our planet's greatest mysteries - the oceans.

Since the 1970's Jadav Payeng has dedicated his life to creating a lush new ecosystem for local wildlife by planting 1400 acres of forest. This...

Activists and scientists point the finger at mankind's role in a potential loss of at least half of the world's species.

The central Pacific nation of Kiribati is expected to be one of the first countries to disappear as a result of climate change. Sea level...

For more than three decades architect Michael Reynolds and his students have devoted their lives to advancing the art of Earthship Biotecture by building self-sufficient,...

Come aboard as the VICE crew takes a cruise to the Northern Gyre in the Pacific Ocean, a spot where currents spin and cycle, churning...