Houston We Have A Problem is a NASA documentary about the near fatal Apollo 13 mission in 1970.

This film Includes the onboard explosion and efforts by the ground crew and astronauts to troubleshoot the malfunction, design and implement contingency procedures to bring the crippled spacecraft back to earth.

Apollo 13 was the 7th manned mission in the American Apollo space program and the third intended to land on the Moon.

The craft was launched on April 11, 1970, at 13:13 CST from the Kennedy Space Center, Florida, but the lunar landing was aborted after an oxygen tank exploded two days later, crippling the service module upon which the Command Module depended.

Despite great hardship caused by limited power, loss of cabin heat, shortage of potable water, and the critical need to jury-rig the carbon dioxide removal system, the crew returned safely to Earth on April 17. 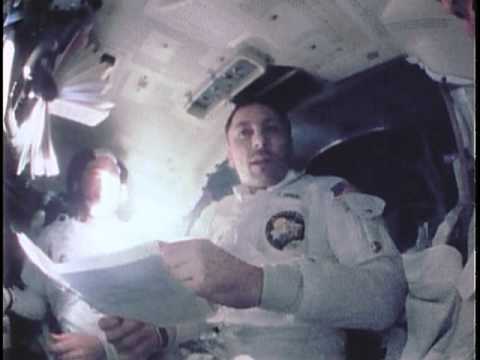 Go inside the global perfume industry, follow the stories of perfumers, scientists and marketing gurus on their quest to win over the next generation of...

This documentary covers the controversial theory that for millions of years the Earth was entirely smothered in ice, up to one kilometre thick. The temperature...

Thierry Legault is not your average amateur astronomer, inviting the kids over and pointing a dinky backyard telescope at the Big Dipper. He’s a renowned...

Energy from Thorium that is produced in a Liquid Fluoride Thorium Reactor is the closest thing to green energy on planet Earth. The video summarizes...