Origami may seem an unlikely medium for people around the world expressing their artistic talents. But around the world fine artists and theoretical scientists are abandoning more conventional career paths to forge lives as modern-day paper folders. Through the art of origami, these offbeat and provocative minds are reshaping ideas of creativity and revealing the relationship between art and science.

Featureing interviews with and insights into the practice of these intrepid paper folders, Between the Folds opens with three of the world’s foremost origami artists: a former sculptor in France who folds caricatures in paper rivaling the figures of Daumier and Picasso; a hyper-realist who walked away from a successful physics career to challenge the physics of a folded square instead; and an artisanal papermaker who folds impressionistic creations from the very same medium he makes from scratch.

Between the Folds then moves to less conventional artists, exploring concepts of minimalism, deconstruction, process and empiricism. Abstract artists emerge with a greater emphasis on concept, chopping at the fundamental roots of realism, which have long dominated traditional origami. The film also features advanced mathematicians and a remarkable scientist who received a MacArthur Genius Award for his computational origami research.

While debates ebb and flow on issues of folding technique, symbolism and purpose, this unique film shows how closely art and science are intertwined. The medium of paper folding—a simple blank, uncut square—emerges as a resounding metaphor for the creative potential for transformation in all of us. 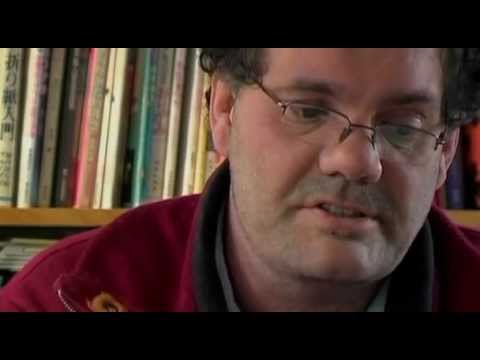 A short documentary film about a one-time graphic artist who started creating in Microsoft Paint when he lost his eyesight.

Sixteen French pastry chefs gathered in Lyon for three intense days of mixing, piping and sculpting everything from delicate chocolates to six-foot sugar sculptures in...

Contemporary philosopher Roger Scruton presents a compelling argument for the importance of beauty in our art and in our lives, exploring what truly is and...

F for Fake is the last major film completed by Orson Welles, who directed, co-wrote, and starred in the film. Initially released in 1974, it...

A documentary about 4 year old Marla Olmstead from Binghamton, NY who became the sensation of the art world for her abstract artwork, that have...

What's the enduring appeal of the road movie all about? Whom better to ask than Easy Rider star Dennis Hopper? Hopper is joined by a...

This film explores the art of documentary and the challenges of capturing reality on film.

This film delves into the lives of women who spend large amounts of money on life-like baby dolls.

Harry Potter is one of the most successful publishing phenomena of our time, selling more than 450 million copies. Its success has transformed author JK...

A documentary about outsider artist Henry Darger, born in 1892, Darger lived in Chicago and worked as a janitor for most of his life.

Go inside the glittering world of the super-rich as art critic Alastair Sooke tracks down the ten most expensive paintings to sell at auction. The...

He's faster than a speeding bullet, more powerful than a locomotive, and able to leap tall buildings in a single bound - but do Superman's...