This documentary takes us to the streets of New Orleans where we meet Big Freedia: The Queen Diva to find out more about Bounce music and the art of ass-shaking.

Big Freedia is a skilled gay and cross-dressing Bounce rapper who performs more than six times a week in various venues around the city and is a key figure in helping the underground Bounce music scene rise since the 90s. She is at the forefront of this Bounce movement and has had several hit singles such as “Gin in My System” and “Azz Everywhere!” from her albums “An Ha, Oh Yeah” and Queen Diva. 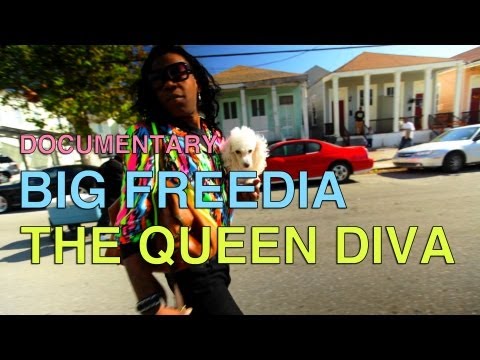 An intimate meditation about Nirvana frontman Kurt Cobain and how he dealt with becoming famous.

Ziggy Stardust and the Spiders from Mars is a documentary and concert movie by D.A. Pennebaker. The film features David Bowie and his backing group...

A celebration of the comedy of Bill Hicks. The film is structured around the different strains of comedy in the Hicks stand-up, sampling the best...

The media thrives on violence, stereotypes, and the cultivation of anxiety and the more TV we watch, the more likely we are to be insecure...

Before the Music Dies is an extraordinary documentary and cautionary overview about the state of the music business in America. Written by Andrew Shapter and...

The Internet Must Go follows a market researcher who tries to come up with a plan for how ISP's would market the internet without network...

A movie telling the story of New York's drag scene in the 1980s, highlighting the ball culture, Vogue dancing and the people who gave warmth...

NWA: The World's Most Dangerous Group is a film that tells the story of a group of childhood friends from Compton who channeled the rage...

Narrated by Samuel L. Jackson, this documentary takes viewers behind the scenes with Young Jeezy while he tours the world. The film includes interviews with...

Millions of us have heard their voices in some of the greatest hits of all time, but no one knows their names. This film is...

This film goes backstage to follow the lives of 5 Russian ballerinas as they train and rehears throughout different stages of their careers.