Speed. Most athletes want more of it, successful corporations strive for it, the people of Jamaica are obsessed with it. From an early age, most children growing up in Jamaica realize that being running fast can help them achieve their dreams, but it is only one of a few options that would see them rise above their current living conditions and change their world forever.

Jamaicans really do have a love affair with sprinting, so much so that it boasts more popularity than government elections. Olympic Games, World Championships, and World records dominate the discussions of the locals. They watch track on television, read about track, argue about track, bet on track and fantasize about being a part of track glory and fame. With this strong foundation being built around the youth of Jamaica, the chances of a Jamaican becoming the next fastest man or woman on the planet is highly likely.

Assembling a host of world class track athletes, and coaches, Born To Run showcases several Jamaican sprinters that were able to turn their dreams into reality. The documentary features Olympic Champion Usain Bolt, Yohan Blake and Shelly-Ann Fraser. This film will give countless fans and aspiring athletes worldwide an intimate look at a country that is truly built for speed. 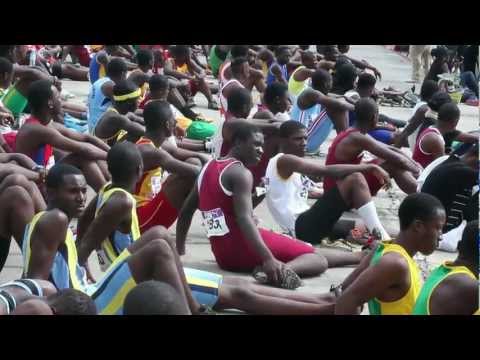 One of the most memorable marketing slogans of all time, it was a marketing campaign that sold Michael Jordan, utilizing the worlds adoration of a...

Major League Eating is a competitive competition in which participants compete against each other to eat large amounts of food in the shortest time period....

A documentary that chronicles the National Hockey League's Philadelphia Flyers from their beginnings as an expansion team in 1967, to their back to back Stanley...

The international Isle of Man TT is described as the world's most dangerous motorcycle race. The tiny British island attracts more and more motorcycle enthusiasts...

We Are Skateboarders is a documentary film about the soul of skateboarding, and how some of the legendary skateboarders feel its soul has changed over...

A film about snowboarder Kevin Pearce was enjoying his most successful year on the international snowboarding circuit, winning events and challenging the dominance of childhood...

From organizing seminars all around Pakistan to having the first mixed martial arts event in the country, Mixed Martial Arts Pakistan has had a huge...

A unique look at one of sport's most celebrated superstars Michael Jordan, with spectacular on-court highlights and an intimate look at his life off the...

Former New York Giant Chad Jones was a promising star athlete from LSU whose professional NFL football career was put on hold by a tragic...

A Mike Tyson documentary film about the famous boxer who won WBC, WBA and IBF titles. Tyson was once the most famous and successful boxer...