India, famed for its wealth, cultural treasures, and spirituality, India has for centuries beckoned the outsider.

Many have vied for control of this fabled and diverse land. Two great empires, one established by invading Mughals, the other by the British, flourished on this vast subcontinent.

The Mughal Empire was an imperial power in the Indian subcontinent from about 1526 to 1757. The Mughal emperors were Muslims and direct descendants of Genghis Khan through Chagatai Khan and Timur. At the height of their power in the late 17th and early 18th centuries, they controlled most of the subcontinent extending from Bengal in the east to Balochistan in the west, Kashmir in the north to the Kaveri basin in the south.

Its population at that time has been estimated as between 110 and 150 million, over a territory of more than 3.2 million square kilometres.

The British Raj is the term often used for British rule in the Indian subcontinent, usually but not exclusively for the period between 1858 and 1947.

The region under British control, commonly called India in contemporary usage, included areas directly administered by the United Kingdom, as well as the princely states ruled by individual rulers under the paramountcy of the British Crown. 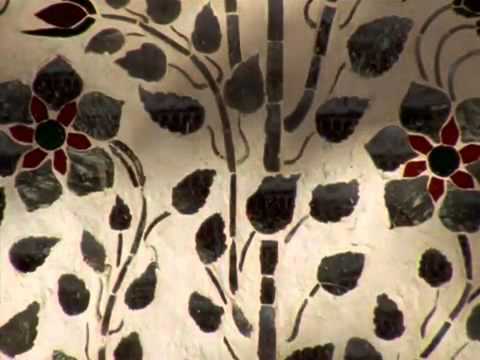 The Old Stone House is located in Butler County near Slippery Rock Pennsylvania. It acted as a pivotal stop for those travel by wagon from...

Tony Robinson goes in search of Britain's Real Monarch. The result is a detective story that takes him from the Tower of London, via Debretts...

New evidence suggests that a fire was raging in Titanic's boiler rooms before it left port and was kept secret, now it's believed that's what...

In this landmark documentary series about the evolution of man answers fundamental questions. Who were our ancestors? When did they first walk the earth? Why...

The Terracotta Warriors are a household name to millions around the world. But how did the ancient craftsmen create something never done before.

The remarkable story of the revolution that changed the world forever. Cold, hungry and disillusioned, the Russian factory workers of Petrograd staged a demonstration about...

After more than 30-years locked up in storage, this film brings us never-before-seen footage of Black Power. The Black Power Mixtape presents key figures and...

This documentary takes an in-depth look at the Nazi Party and unravels what we don't know about the people who headed one of the most...

Auschwitz was the site of the largest mass murder the world has ever seen. This documentary charts the evolution of the camp and the mentality...