This is a video presentation of renowned author, newspaper & magazine reporter and investigator Ivan Sanderson’s 1953 audio report (during a radio interview in New York) of what he discovered only 1 year earlier in 1952.

The Braxton County (West Virginia) incident is world famous and continues to be evaluated with the top UFO investigators.

Considered one of the world’s most unusual happenings, the UFO (sometimes referred to the Braxton County Monster and not to be confused with that other famous West Virginia monster, The Mothman”) was seen by at least 14 people. Hear Ivan Sanderson talk about what the kids saw… and how they (and a dog) reacted. The date was September 12, 1952.

What the boys saw was described as a “shooting star” that fell to earth on the top of the hill adjacent to the playground. About the length of a football field away, they all saw an object that was glowing and hissing. Walking closer to check out the “star”, they noted that it was about 10 feet around.

A few feet away from this glowing object they saw two lights, much like the glow of flashlights, about 12 inches apart. One of the boys had a flashlight and when he turned it on the object a huge creature with “…a bright red face, bright green clothing, a head which resembled the ace of spades, and clothing which, from the waist down, hung in great folds” was seen. Newspapers sent special reporters to cover the story. 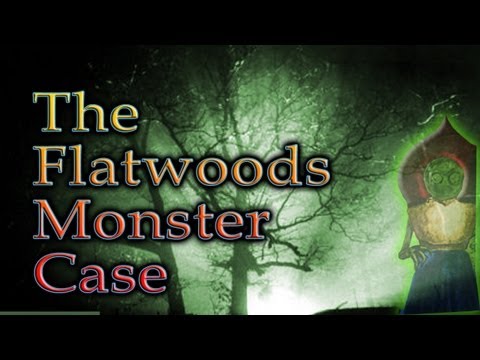 The Roswell Incident is a rare 1994 BBC documentary made on the alleged crash of an alien spacecraft in Roswell, New Mexico in 1947, after...

For over three decades, strange plaques with messages about resurrecting the dead have mysteriously appeared on city streets throughout North and South America, prompting Justin...

For the first time in its history, the Catholic Church allowed scientific experts and historians openly test the veracity of the remains of reported saints.

They have been spotted in every Australian state, huge black catlike creatures that prowl the remote regions of vast mountain ranges and hidden valleys. Sightings...

During the last century, urban environments got taken over by corporate logos. Recent studies have reported an person is exposed to hundreds of logos each...

Many people believe the earliest documentation of aliens visiting our planet exists in prehistoric cave paintings and petroglyphs, where drawings of strange humanoid figures

Located in the heart of the Pennines in West Yorkshire, this small sleepy market town which is situated at the meeting points of three valleys...