It’s been over 2 years since the earth shook and the waves came, and like Chernobyl, Fukushima became an infamous place name for nuclear cataclysm.

It’s been a huge and devastating drama, but it is has become what most Japanese fear the most, cancer. Amid all the allegations of government secrecy and cover-ups, there are worrying new claims that the cancer cluster has developed around the radiation zone and that the victims are children.

This film takes us to a private children’s hospital well away from the no-go zone, nervous parents are holding on tight to their children hoping the doctors won’t find what they’re testing for. Thyroid cancer. Tests commissioned by the local authorities have discerned an alarming spike in Japan.

Experts are reluctant to draw a definitive link with Fukushima, but they’re concerned. “I care because I went to Chernobyl and I saw each child there, so I know the pain they went through”, says Dr Akira Sugenoya, a former thyroid surgeon. But what has parents most concerned is a that they cannot trust the government. The aftermath of Fukushima is creating a culture of fear; one which has led a number of women post-Fukushima to have abortions because they were worried about birth defects.

“The doctors in Fukushima say that it shouldn’t be coming out so soon, so it can’t be related to the nuclear accident. But that’s very unscientific, and it’s not a reason we can accept”, Dr Sugenoya insists. “It was disclosed that the Fukushima health investigation committee was having several secret meetings. I feel the response has been unthinkable for a democratic nation”, Dr Minoru Kamata from the Japan Chernobyl Foundation says. 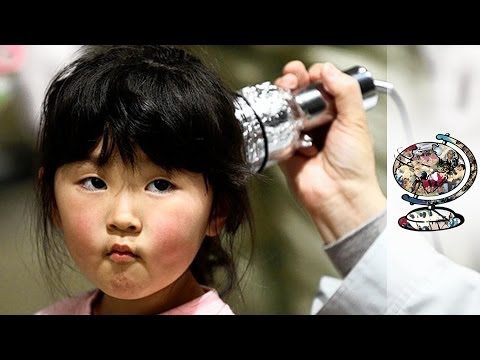 Gluten has become one of the new enemies in the pursuit of better health. Millions of people around the globe are already switching their diet...

This film examines the different childbirth methods that are available to mothers-to-be. It looks at why giving birth in the U.S has been made into...

This film criticizes the cost of a globalised food industry on human lives around the world, and how international companies are driving farmers off their...

This film follows the stories of a small number of British people who suffer from Prader-Willi Syndrome, a complex medical condition that affects both sexes.

Eric Rutherford is dying of a cancer called Myeloma, and one of the side effects of Myeloma is it damages the kidneys. Eric thinks that...

In this film you will receive information from top experts and advocates on a variety of topics to ensure you gain the wisdom of eating...

A documentary that sets out to your perception of people who live with the bipolar disorder that more than five million people in the US...

In The Truth About Exercise, Michael Mosley uncovers the new science that suggests high-intensity exercise may be the secret of living longer and healthier lives.

A short animation by Psychologist Tim Kasser discussing how America's culture of consumerism undermines our well-being.

Film tracing seeds from its role at the center of farming industries around the world to being transformed into a required product used to monopolize...