Vice met with a guy who has been injecting himself with snake venom for 20 years, and surprisingly he is looking better than ever.

But for Steve Ludwin he’s has been sticking all this lovely deadly snake juice in a syringe and mainlining it all the way to immortality. Steve has been privately milking an array of deadly snakes including rattlesnakes, monocled cobras, and a few casual vipers thrown in to the mix, he’s been injecting what would for any normal human be fatal amounts venom.

Bill Haast who produced snake venom for medical and research, laid out the basic principle – regular exposure to the venom results in the body developing an immunity.

Steve claims he never gets ill, and that cobra venom is the ultimate pick me up, with effects lasting a days after injecting, making him stronger, faster and more resilient. 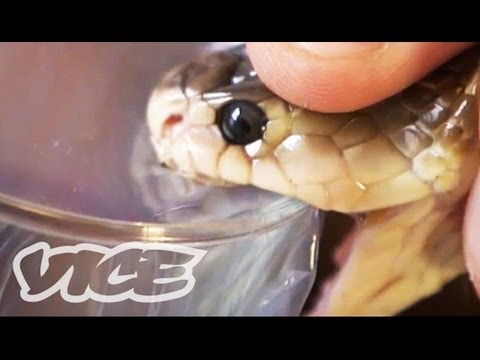 A film examining the causes and solutions for the epidemic of autism living with autism in the United States.

Morgan Spurlock goes on a 30-day diet eating nothing but McDonald's to reveal how eating fast food is bad for your health.

This film up close with celebrities who talk candidly about childbirth, and the issues surrounding natural birth after having a C-Section.

When a troubled 15 year old boy attempts to cope with the recent passing of his mother, who died from cancer, he sets out to...

Two friends set out to discover the ingredient that is fueling America's fast food industry and bulging waistlines.

When untested genetically modified crops where allowed into our environment and food supply, the US government took a gamble of unprecedented proportions, ignoring repeated warnings...

A documentary exploring the most common causes of sleep deprivation while offering tips on how to get a better night's sleep.

In this film you will receive information from top experts and advocates on a variety of topics to ensure you gain the wisdom of eating...

Across the world, the rate of obesity, diabetes and heart disease has skyrocketed, and now doctors are treating the first generation of kids diagnosed with...

Two out of three are overweight, diabetes has skyrocketed, and half of America is reported to be on at least one type of prescription drug.