Colorado is the world’s first legal, regulated and taxed recreational marijuana market for adults, which some are calling the new Amsterdam.

Adults in Colorado, 21 and over, can purchase up to one ounce of marijuana for recreational use from speciality licensed retail shops that can also sell pipes and pot-related accessories. In Colorado you can also grow up to six plants, with three flowering at a given time, for personal use, of course.

High Country, Motherboard heads to Denver, ground zero for cannabis legalization, and home to a booming technology sector in what could be called the Silicon Valley of weed.

The team visits the key players scaling up this new green technology, taking a look at all the money to be made, cracking open the confusing science of America’s No. 1 cash crop, and smoke dabs.

Matt Ellis doesn’t smoke weed. He simply doesn’t enjoy being stoned. The familiar itch of paranoia that follows a few deep rips of cannabis is enough to keep him from using. But that’s not to say he doesn’t enjoy or maybe even need weed. It’s in the one green that he sees gobs of the other.

“At the end of the day, it’s about making money,” says Ellis, whose Denver-based biomass extraction company is one of countless others riding a wave of high tech innovation in the wake of recent measures in Colorado and Washington state legalizing small amounts of weed for recreational use.

“I mean, I want to help people, don’t get me wrong,” Ellis tells motherboard, referring to a medicinal pot industry brimming with new and diffuse cannabis-concentrate highs that his company, ExtractionTek Solutions, is poised to capitalize on. “But we gotta make a living.” 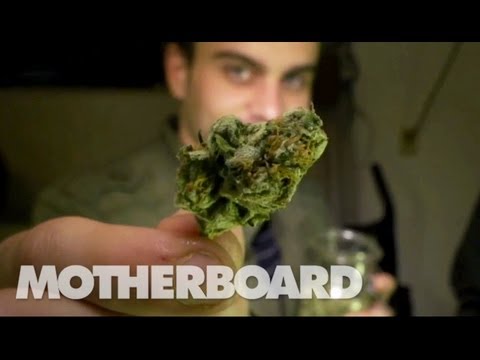 To build and deliver IKEA’s furniture, it takes a global factory network of over 1,000 manufacturing plants, 27 distribution centers, and 300 stores. In Zbaszynek,...

DEFCON is the world's largest hacking conference, held in Las Vegas, Nevada. The film follows the four days of the conference, the events and people,...

In the Womb takes us on an incredible journey inside the dark and fragile world of human baby development like never seen before.

What would you see and experience if the clocks rolled forward 50 years? In a unique blend of drama and science, this three-part series shows...

Narrated by William Shatner, this feature documentary looks back at the Shuttle's historic missions, the people it flew into space, and its achievements. Columbia, Challenger,...