Despite the death of philosopher Karl Marx over 130 years ago, a 2016 poll found Americans under the age of thirty had a more favorable view of socialism than capitalism. Could this be a sign of a new anti-capitalism movement taking over in the US?

Accepted as one of the world’s most influential thinkers, Karl Marx, analysis still remains highly relevant in today’s world. The film highlights interviews by renowned Marxist economist Richard Wolff, Professor Emeritus of Economics at UMass – Amherst, and visiting professor at the New School in New York to find out why Marx’s views have stood the test of time.

Prof. Wolff gives an introduction suited for both beginners and seasoned Marxists, with comprehensive explanations of key tenets of Marxism including dialectical and historical materialism, surplus value, crises of overproduction, capitalism’s internal contradictions, and more.

The documentary is a fast-paced film offering no illusions in its judgment of its subject. Even for the most passionate skeptics out there, How Capitalism is Killing Itself attempts to eliminate much of the fear and misconception surrounding the Marxist philosophy. 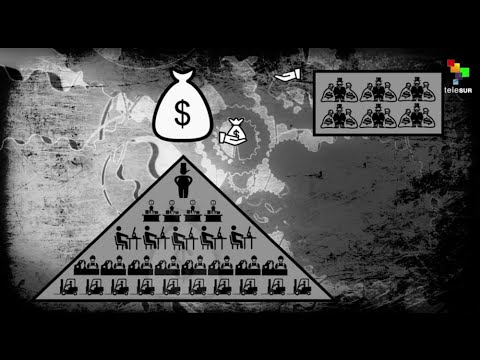 Go inside the development of the contemporary business corporation, from a legal entity that originated as a government-chartered institution meant to affect specific public functions,...

Freakonomics the movie examines the hidden side of human behavior through the use of economic science.

A documentary that offers a rock-solid argument that the era of cheap oil is in the past. Relentless and clear-eyed, this intensively-researched film drills deep...

Four Horsemen reveals the fundamental flaws in the economic system which have brought our civilization to the brink of disaster. 23 leading thinkers come together...

We're Not Broke tells the story of how big American corporations have been able to hide over a trillion dollars from uncle Sam, and how...

Michael Moore investigates the impact corporate dominance is having on the lives of everyday Americans.

A film about the controversial Bitcoin electronic payment system, giving a comprehensive crash course about Money and Crypto Currencies.

Using the words and actions of Presidents Barack Obama and Ronald Reagan in plainest terms tell the story of how the United States government plays...