Even if Iran does have nuclear capabilities, what can the world do about it? This documentary gains exclusive behind-the-scenes access to the UN’s nuclear watchdog in Vienna, scrutinise Iran’s nuclear capability. Film-makers travel to Iran with UN weapons inspectors to meet the Iranian negotiators who remain adamant they’re doing nothing wrong.

Iran’s Nuclear Secrets interviews Director General of the IAEA, the man caught in the diplomatic crossfire between states eager to join the nuclear club, and those already in who do not trust the outsiders to play safe.

Can Iran negotiators convince the weapons inspectors they can be trusted? If not, and Iran refuse to suspend their nuclear energy development, the diplomats may have to make way for military strategists. 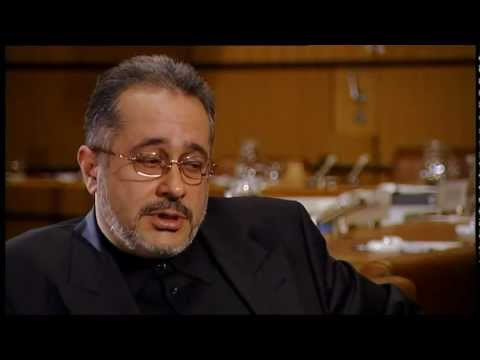 In the spring of 2012, a massive student strike in opposition to a tuition hike, rocked the streets of the Montréal for over six months....

Dutch super trawler FV Margiris was given the all clear to catch millions of dollars worth of fish in Australian waters, her owners didn't realise...

This film is a fascinating portrait of Donald Rumsfeld, an extraordinary American politician and one of the architects of the Iraq War.

The year is 1969 and headlines blare war and civil unrest while John Lennon and Yoko Ono are in love. The eccentric rock 'n' roll...

After so many recent mass shootings in the USA, vice decided to take a trip to Florida to see why so many Americans are stockpiling...

As a US default looms, this film takes us inside the bitter divide between Republicans and Democrats. Through revealing interviews this film explores the Republican...

Slacker Uprising documents Michael Moore’s tour of the swing states during the 2004 Presidential election and how he got 16,000 slackers to show up every...

CULTURAL MARXISM examines how a group of Marxist theoreticians, who call themselves the Frankfurt School, organised the corruption and overthrow of America by methodically undermining...

Doc about the inner workings of Indian democracy, focusing on the revolutionary Maoist movement in India.