Sixteen French pastry chefs gathered in Lyon for three intense days of mixing, piping and sculpting everything from delicate chocolates to six-foot sugar sculptures in hopes of being declared one of the best.

This is the prestigious Meilleurs Ouvriers de France competition. The blue, white and red striped collar worn on the jackets of the winners is more than the ultimate recognition for every pastry chef, it is a dream and an obsession.

The film follows pastry chef Jacquy Pfeiffer as he journeys back to his childhood home of Alsace to get some much needed practice before the competition starts. Two other finalists are featured in the film; Regis Lazard, who was competing for the second time, and Philippe Rigollot, France’s only three-star restaurant owned by a woman.

During the final days of the competition, chefs work hard under constant scrutiny by master judges and the critical palates of some of the world’s most renowned chefs as they evaluate their elaborate pastries.

Finally, these pastry marathoners racing the clock must hand carry all their creations including their fragile sugar sculptures through a series of rooms to a final buffet area without shattering them. Kings of Pastry captures the high-stakes drama of the competition, passion, sacrifice, disappointment, and joy. 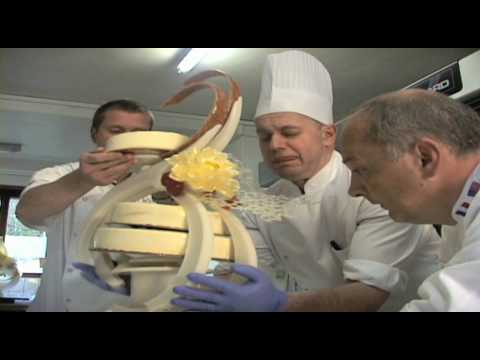 Go inside the glittering world of the super-rich as art critic Alastair Sooke tracks down the ten most expensive paintings to sell at auction. The...

A documentary about 4 year old Marla Olmstead from Binghamton, NY who became the sensation of the art world for her abstract artwork, that have...

Leaving Spain for Paris he began to develop a powerful yet thoughtful series of works: but it didn't just end there, surrealism, cubism, symbolism, abstraction,...

A documentary taking us inside the world of street art and what happens when fame, money and vandalism collide.

Contemporary philosopher Roger Scruton presents a compelling argument for the importance of beauty in our art and in our lives, exploring what truly is and...

Helvetica examines the stream of visual information we exposed to daily by mass media and how the typography that shapes these visual messages can affect...

This film explores the art of documentary and the challenges of capturing reality on film.

This film delves into the lives of women who spend large amounts of money on life-like baby dolls.

A short documentary film about a one-time graphic artist who started creating in Microsoft Paint when he lost his eyesight.

A controversial documentary that has never been aired to the public in fear it would paint executives in a negative light.

This film series gives us a unique insight into the tattoo styling of tattoo artist Grime. Grime gives us a little back-story on how he...

He's faster than a speeding bullet, more powerful than a locomotive, and able to leap tall buildings in a single bound - but do Superman's...