Last Train Home tells the story of how every spring in China’s cities are plunged into complete chaos, as a wave of millions attempt to return home by train. The event is the Chinese new year and is made up of millions of migrant factory workers.

The Chinese are heading home to the rural villages and families they left behind to seek work in the booming coastal cities. It is a unique spectacle that gives us an inside view of China, and how many are discarding traditional ways as it develops into a global economic dominance.

An emotionally charged and visual visually beautiful documentary created by filmmaker Lixin Fan. The documentary explores the fractured lives of one migrant family as they get caught up in this desperate annual migration. The Zhangs abandoned their young children 16 years ago to seek work in the city, with the hope that their wages would improve their children’s lives. But in a bitter irony, the Zhangs’ hopes for the future are undone by their very absence.

Qin Zhang, one of the children left behind, has grown into adolescence crippled by a sense of abandonment. In an act of teenage rebellion, she drops out of school, inevitably she will also become migrant worker. Qin’s decision is a heartbreaking blow for the parents. The film follows the Zhangs’ attempts to change their daughter’s course and repair their ruptured family.

It’s a human portrait of the dramatic changes sweeping China, identifying with the Zhangs as they navigate through the stark and difficult choices of a society caught between old ways and new realities. Can they get ahead and still undo some of the damage that has been done to their family? 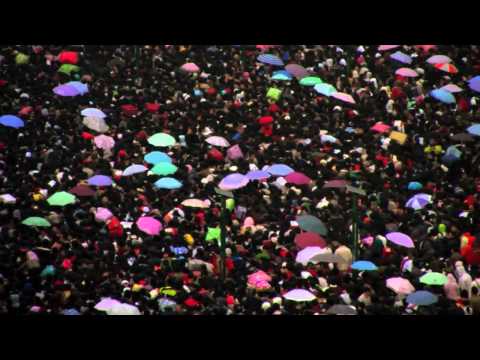 The Israelis and Palestinians have been locked in conflict for more than 50 years. Many people have died, many lives have been shattered, can the...

An expose of Genocide taking place in China against the spiritual movement Falun Gong, which was incorrectly defined by the CCP as an 'evil cult'....

A couple of young filmmakers document their friend's online relationship which leads to a series of unexpected discoveries.

A retired police officer patrols a popular tourist destination in Japan trying to intercept troubled people who jump into the Sea of Japan to ultimately...

Follow filmmaker Jeremy Gilley as he embarks on a 10-year worldwide mission to establish a Day of Peace on September 21st. As he travels the...

A short guy who is sensitive about his height is in deep trouble. Most people don't understand the changes that a short man has to...

This film reveals the stories of love, hatred, and violence and the many aspects of life that make us human.

Solar Mamas is an inspiring film about one woman’s attempt to light up her world. Rafea is a 30 year old Bedouin woman who has...

Explore the subject of racism and what it means to be white in 21st century America. What is the genetic difference between people of different...

Words, drawings, music and animation all working together in this short film to give us an inside look at those with autism.

In the US, the rich are getting richer. Isn't that just great? Doesn't that mean there is lots more wealth to go round? Or is...