One of the greatest stories in Egyptology in recent years unfolded in 2008 when a previously unknown cave complex was discovered beneath the very shadow of the Great Pyramid on Giza’s famous plateau.

The Lost Caves of Giza is a compelling documentary, which features interviews with key figures behind the caves’ discovery, including Andrew Collins, Nigel Skinner-Simpson and Rodney Hale, as well as reconstructions of events, unseen footage of the caves, and a complete account of how the complex was found, and what exactly this might mean to the evolution of the Giza pyramid field.

This amazing story begins with Andrew following up astronomical alignments at Giza featuring the stars of Cygnus, the celestial bird, a.k.a. the Northern Cross. Aligning them to the three Pyramids highlights the possible position to a cave entrance equated with the ancient Egyptian tradition as the Duat or underworld.

This led Andrew and his team to a previously unrecognised tomb in Giza’s northern cliff, quickly dubbed the Tomb of the Birds, due to its apparent use as a bird necropolis in honour of a local bird deity.

They find no entrance to hidden realms here, although simple survey lines projected on to the plateau by technical engineer Rodney Hale hint that this site has a much greater significance. 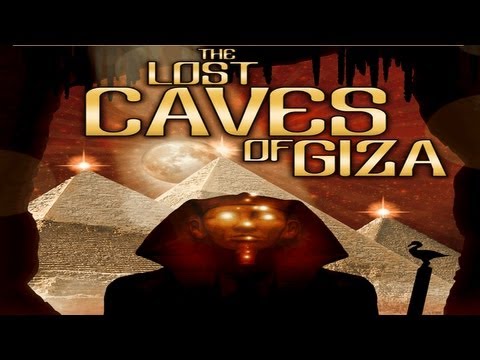 A film about the UFO Phenomenon that sets out to expose the secrecy used to hide the truth about extraterrestrial life and UFOs.

Canada’s former minister of defence, reveals he truly believes in extraterrestrial life. Paul made the biggest headlines regarding his deep-seated alien beliefs during a speech...

During the last century, urban environments got taken over by corporate logos. Recent studies have reported an person is exposed to hundreds of logos each...

The Braxton County (West Virginia) incident is world famous and continues to be evaluated with the top UFO investigators. Considered one of the world's most...

They have been spotted in every Australian state, huge black catlike creatures that prowl the remote regions of vast mountain ranges and hidden valleys. Sightings...

Fairies have appeared in many cultures, including that of the ancient Celts, and Shakespeare utilized them in his plays.