Pakistani MMA got its start in an apartment above a real estate office. Fightland travels to Lahore to meet Bashir Ahmad, professional fighter and founder of the country’s first-ever mixed martial arts team, PAK MMA.

From organizing seminars all around Pakistan to having the first mixed martial arts event in the country, Mixed Martial Arts Pakistan has had a huge amount of success in being the first organization to promote MMA in Pakistan.

Mixed Martial Arts Pakistan pretty much covers everything from the training of students, promoting events, sponsoring of fighters and the organization also reaches out to the community as well.

The organization is the result of the hard work and dedication of pioneer Bashir Ahmad, after being inspired by the early UFC events, Bashir Ahmad thought about bringing the sports of Mixed Martial Arts to Pakistan. Having a background in different martial arts including Muay Thai, Brazilian Jiu-Jitsu and Boxing, which he studied in Thailand and USA respectively, he started giving free classes in his hometown to all the kids in the community during one of his visits to Pakistan in Winter, 2007. 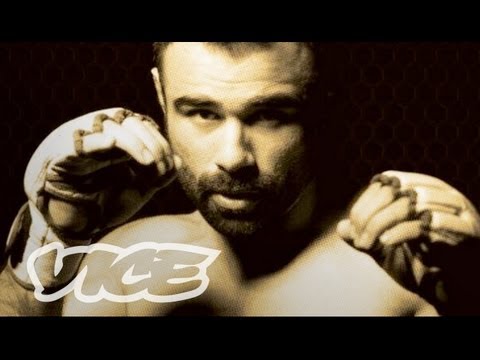 A Mike Tyson documentary film about the famous boxer who won WBC, WBA and IBF titles. Tyson was once the most famous and successful boxer...

One of the most memorable marketing slogans of all time, it was a marketing campaign that sold Michael Jordan, utilizing the worlds adoration of a...

This doc takes us inside the creation of a women's AFL football team.

Michael Jordan to the Max is about the life and career of basketball player Michael Jordan, focusing mainly on him during the 1998 NBA Playoffs.

We Are Skateboarders is a documentary film about the soul of skateboarding, and how some of the legendary skateboarders feel its soul has changed over...

When Hunter Weeks and Josh Caldwerll got sick of spending eight hours a day in a stagnant maze of cubicles and attending meaningless meetings, they...

Pumping Iron goes inside the world of bodybuilding to follow Schwarzenegger and Ferrigno as they get ready to pose on stage for the Mr. Olympia...

Doc following two North Korean gymnasts as they get ready for the Mass Games, the world's biggest choreographed gymnastics performance.

This film will give countless fans and aspiring athletes worldwide an intimate look at a country that is truly built for speed. Featuring Olympic Champion...

Down the Barrel is a surf film that provides viewers with an introduction to the world of professional surfing. This documentary movie traces the paths...

Rebounds documents the story of two of the many American basketball players that don’t make it in the NBA, and instead are forced to travel...