Many years ago in an ordinary house, in an ordinary British town, a most extraordinary love affair was being conducted. A young man, we’ll call him George, had become obsessed with another family member, but not your ordinary family member. From a strict religious background, George was filled with shame and guilt. His passionate encounters took place in the dead of night. The location, his dads garage, for George’s lover was the family car. An Austin metro.

George can lay claim to being he world’s first metrosexual. So worried about his strange fetish, George attended therapy, and a paper was published on what appeared to be a unique phenomenon. So what could make a man want to sleep with a car? Was George just a one off? Or are there others out there with this most peculiar of sexual peculiarities.

It’s not that hard to find people who believe that cars are sexy. We have a knack of associating our cars with human characteristics, gender and sometimes even names. Many truly are beautiful, but for all the car lovers out there, finding George, the metro lover, proved to be near impossible. After contacting hundreds of therapists, filmmakers turned to the internet. What they found was a small community of men who describe themselves as mechaphiles. My Car is My Lover is the story of Edward and Jordan, two mechaphiles who give us an insight into this strange world of passion and love. 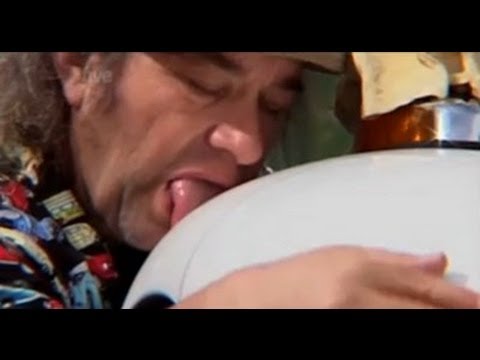 Documentary investigating the root of Belushi's drug addiction and uncovers the events that led to his final reckless act.

The Motivator is an award-winning documentary film that offers a revealing behind-the-scenes look at the business of being a motivational speaker. The film, which marked...

A film about former Playboy Playmate of the year Anna Nicole Smith whose life came to a tragic end on February 8, 2007.

H.P. Lovecraft was the forefather of modern horror fiction. He inspired writers such as Stephen King, Robert Bloch and Neil Gaiman, but what lead an...

The documentary touches on the most notable points of Feynman’s career: his work on the atomic bomb and resulting guilt over its use, his important...

My Architect is a tale of love and art, betrayal and forgiveness, a story of an illegitimate son who sets out on a worldwide exploration...

Using archival footage, dramatic re-enactments and interviews with his family and friends, the final moments of Tupac Shakur's life are documented in this intriguing documentary...

This film looks at how Osama bin Laden developed his political agenda, and investigates how the Saudi-born son joined the guerrillas in Afghanistan to become...

A movie about Marilyn Monroe's last months alive including her love affairs, drug, and alcohol abuse and getting fired from Something's Got To Give.

This film takes you inside the lonely lives of two obsessed fans who claim to be in love with the 80's pop singer Tiffany. Revealing...