Naked Citizens takes a look at how an increasing number of terror suspects are being arrested based on online data and CCTV surveillance footage.

Authorities around the globe claim they’re acting in the best interest of the public, but does this intense surveillance keep us safer?

“I woke up to pounding on my door”, says Andrej Holm, a sociologist from the Humboldt University.

In what felt like a scene from a movie, he was taken from his Berlin home by armed authorities after a systematic monitoring of his academic research deemed him the probable leader of a militant group. After 30 days in solitary confinement, he was released without charges.

Across Europe and the United States, surveillance of people has become a major business. With one camera for every 14 people in London and drones being used by police to track individuals, the threat of living in a Big Brother state is becoming a reality.

At an annual conference of hackers, keynote speaker Jacob Appelbaum asserts, “to be free of suspicion is the most important right to be truly free”.

But with most people having a limited understanding of this world of cyber surveillance and how to protect ourselves, are our basic freedoms already being lost? 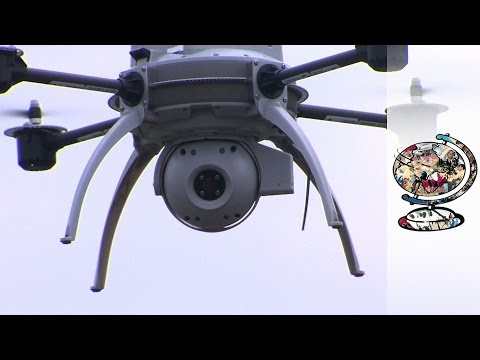 The topless protest group Femen is a global movement, more than 300 topless warriors have joined the naked revolution. The organization became internationally known for...

An expose of Genocide taking place in China against the spiritual movement Falun Gong, which was incorrectly defined by the CCP as an 'evil cult'....

Starsuckers is a controversial documentary that tells the real story behind our addiction to fame and those who profit from it.

The aboriginal culture of Australia included a large number of tribes that inhabited the oceanic continent before the arrival of the white man. But is...

Arthur Boyt, 73, is a resident of Bodmin Moor in Cornwall and is well known for his acquired taste in roadkill cuisine

In this revealing documentary, veteran correspondent John Merrow takes you behind the ivy-covered walls of our colleges and universities to see if they are delivering...

This film tells the gut-wrenching story of Youtube sensation Shoenice22, who has spent the past two years eating and drinking everything from sticks of deodorant,...

A doc about sugar daddies offering financial support to women in exchange for their companionship.

Chasing Beauty takes us into the not so glamorous world of modelling. They're admired by the masses, with thousands of young hopefuls arriving in New...

Generation OS13 is a Anonymous Group documentary exploring the mood of the zeitgeist, the notion that our economy is based upon a system of kleptocracy...