Oscar Pistorius was on top of the world, breaking world records, winning gold in the London 2012 Paralympics, and becoming the first leg amputee to participate in the summer Olympics. But now, he stands accused of murdering his girlfriend Reeva Steenkamp and according to police, it was premeditated, but Pistorius claims it was an accident, so, what really happened?

There is one question that bothers most of us, how did Oscar not realise was not in the bed next to him when he picked up the gun and proceeded to shoot her through the bathroom door, wouldn’t she have said something to make him realise it wasn’t an intruder?

“I fail to understand how I could be charged with murder, let alone premeditated murder, as I had no intention to kill my girlfriend Reeva Steenkamp” – Oscar Pistorius.

Since his bail, reports have emerged of a different side of Oscar Pistorius, involved in brawls and late night fracas. Witnesses note that when setting bail, the judge made it conditional that until he returns to court in June, Pistorius must not consume alcohol and will be randomly tested to ensure he complies.

Presented by Rick Edwards, this documentary delves into what really happened at “Blade Runners” apartment in the early hours of February 14th, analysing the events that lead to the tragic death of girlfriend Reeva Steenkamp. The film features special 3D graphics, sworn testimony, exclusive interviews, giving us a complete picture of the controversy that was unfolding. 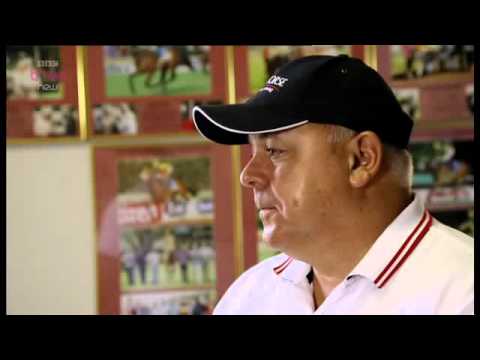 The story of Wendy Maldonado and her son who plead guilty to killing her abusive husband.

The Panama Papers shocked the world when 11 million tax documents where released to expose the secret dealings of presidents, celebrities, drug smugglers and criminals.

Go inside the shady world of the American Street Pimp and find out what makes these infamous mack-daddies tick. This film interviews real-life pimps from...

Ten years ago Shaun Smith was an enforcer for one of the biggest crime families in Liverpool and embroiled in a war against a rival...

This short video tells the story of Richard Jewell, an innocent man and former police officer, who in the summer of 1996 went from being...

Relive the gripping events of the tribunal that gave birth to the trial procedure paradigm for decades of state criminal cases as rare archival materials...

An insightful documentary of the Green River Killer, Gary Ridgway, who recently confessed to the homicide of 48 women in Washington State. Ridgway,

In 2002, six American teenagers released one of the most shocking and degrading videos ever made. Set in the skidrows of Las Vegas, Bumfights featured...