Delve into the unexplained mass sighting of flying objects observed in the skies over Arizona and Nevada in the US, and Sonora, Mexico on Thursday, March 13, 1997.

The documentary features over 30 credible eyewitnesses, children, scientists, military, pilots and experts give compelling testimony to the reality of these mysterious global visitations, including former AZ Gov. Fife Symington who discloses that he witnessed the event and it wasn’t military.

A Veteran 911 Phoenix Police operator tells all about that fateful night. NASA footage confirms that these phenomena are here. UFO buffs call it the most documented and important mass sighting ever recorded. But still today, the military and government can only offer questionable explanations as to what the anomalous lights truly were.

In over 11 years, the strange phenomena have never been duplicated or re-enacted. Many experts and witnesses insist that what appeared in the Arizona skies was something beyond this world. What were they? How did they affect the witnesses? 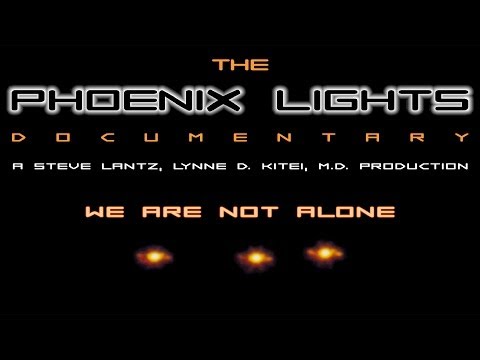 The truth about mythology, the spirit world, magic, Satanism, and the Illuminati. This documentary reviews repeating themes in mythology and tales of ancient man.

The Braxton County (West Virginia) incident is world famous and continues to be evaluated with the top UFO investigators. Considered one of the world's most...

One of the greatest stories in Egyptology in recent years unfolded in 2008 when a previously unknown cave complex was discovered beneath the very shadow...

UFOs Angels and Gods brings together UFO research and biblical scholarship. These two fields of knowledge placed together bring new insight into the UFO phenomenon...

The Roswell Incident is a rare 1994 BBC documentary made on the alleged crash of an alien spacecraft in Roswell, New Mexico in 1947, after...