This is the story of how the citizens of Rossport, Ireland, battled oil giant Shell over their plans to put a dangerous raw pipeline through their community.

When natural gas was discovered off this remote coastal village, the citizens looked to their state for protection, only to find that Shell’s right to lay a pipeline has been put ahead of their health, safety, and environment. Five locals spent 94 days in jail rather than let the proposed Shell pipeline cross their lands.

This once tranquil area is engulfed in turmoil, as huge numbers of police drafted in. Regular policing has broken down following baton charges, surveillance, arrests, and a hunger strike by a local schoolteacher.

With the imminent arrival of the world’s largest pipe-laying vessel, the Solitaire, a massive security operation is put into action by the State to ensure that the pipe is laid without interference. When all hope seems lost, events take a dramatic turn… 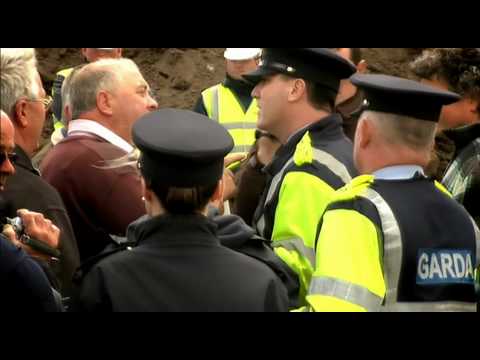 Film looking at the communities in the US impacted by natural gas drilling and, specifically, a stimulation method known as hydraulic fracturing.

A film exploring the human and dirt relationship, how our neglect of the planet has impacted the soil that gives life to all living things...

Unsure as to whether you feel like hitting the streets to encourage change and action? Disruption aims to change your mind by highlighting how our...

This film examines our culture's addiction to systematic violence and environmental exploitation, and probes the resulting epidemic of poisoned landscapes and shell-shocked nations.

Since the 1970's Jadav Payeng has dedicated his life to creating a lush new ecosystem for local wildlife by planting 1400 acres of forest. This...

The year is 2055 and the earth is ravaged by catastrophic climate change. London has been flooded, Sydney is in flames, Las Vegas is has...

Unconquering the Last Frontier is a documentary film that explores the causes and effects of the ongoing salmon crisis in the Pacific Northwest, focusing on...