This film delves into Irish horsemeat scandal, revealing a systematic criminal harvest of thousands of horses, which netted millions and stretches well beyond Ireland’s borders.

When Ireland’s Food Standards Authority announced that it had found beef products sold by popular food brands contaminated with horsemeat, it was the beginning of a scandal that spread around the globe.

“We found with one product that about one third horse DNA in it which was just, you know an incredible finding. And we double checked and we triple checked because we understood that if we were to go out public with such a story, it was going to have quite an effect.” Alan Reilly, CEO, Food Standards Authority

In many European countries people are happy to eat horse and many consider it a delicacy, but consumers in the UK and Ireland were upset and angry over the findings. What many did not realise, though, is where a lot of the horsemeat was coming from, and why.

Animal rights activist Stephen Philpott knew the answer though. For a couple of years he’s been running a surveillance operation on gangs smuggling thousands of unwanted Irish horses across the border for illegal slaughter. He’s uncovered a criminal conspiracy that’s netted millions, and seriously undermined consumer confidence in processed food.

Tragically, the abandoned horses are an unexpected and little reported consequence of the global financial crisis. As Campbell finds, when Ireland’s economy was booming and the housing bubble was at its biggest, every Irish builder bought a horse and joined a racing syndicate.

When the bubble finally burst, the animals were the first thing to go, dumped and left to fend for themselves in parks, fields and by the side of the road. 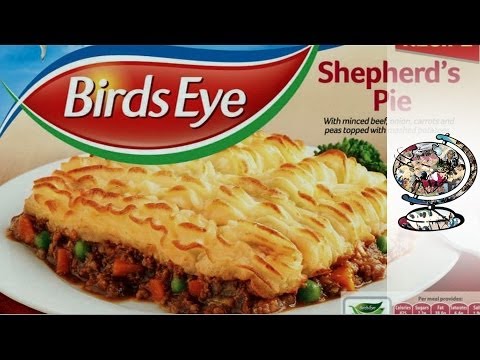 Copyright Criminals examines the creative and commercial value of musical sampling, including the related debates over artistic expression, copyright law and billions of dollars. Long...

The Family was a name given to a group of men who all played a part in the kidnapping, drugging, sexual abuse and torture of...

The story of Charles Cosby, who went from being a small-time drug slinger to multi-millionaire after he struck up a lucrative partnership with Griselda Blanco

Go inside the shady world of the American Street Pimp and find out what makes these infamous mack-daddies tick. This film interviews real-life pimps from...

Brendan Cosso was use to partying with Hollywood celebrities. He didn't need the cash. But when he was offered $50,000 to smuggle cocaine out of...

Young Kids, Hard Time takes a look at the reality of children who are serving long sentences in adult prisons. It estimated that over 250,000...

Lucy Baker and Scott Campbell were living their dream. Working little and playing hard in Ibiza for the summer season, neither wanted the party to...

In this eye-opening documentary, Hot Coffee attempts to expose how corporations spend millions on propaganda campaigns to distort Americans view of lawsuits, changing the civil...

British traveller, Piers Hernu, Oz, Eric and Rhett arrested while trying to smuggle gold into Nepal from Hong Kong. They were carrying about 112kg of...

The story of Wendy Maldonado and her son who plead guilty to killing her abusive husband.