A deck of playing cards, you can cut them, shuffle them and deal them out. Millions use them to play games with them, create magical illusions or use them to see into the future.

But why are there hearts, spades, diamonds, and clubs? Are there hidden truths behind picture cards, and what is the meaning of the symbolism of the Tarot? Are they just an innocent past time or a device of the devil? From the Templar Knights to the priestess of voodoo, the history of the playing card is a tale of mystery, mysticism and the dark arts. What lies hidden in their numbers and symbols, and who holds the secrets of the card.

The future may be written in the cards, but their past is not entirely clear. The origins of the card are the subject of fierce debate, there are many conflicting stories that tie their origins to India, to Persia or to slave soldiers from Egypt. Most of the experts believe that the playing cards were developed in China as early as the 9th century, along with games such as dominoes and mahjong.

Secrets of the Playing Card takes us beneath the surface to unveil the secrets of the cards design and investigates the Masonic links and how their design has changed over time to suit the cultures and beliefs of those who have used them. 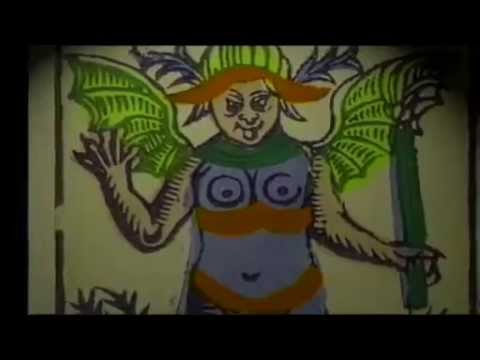 Alien Human Project tells the story of how one doctor's quest for truth has led him to uncover humanity's biggest discovery: that we are truly...

Many people believe the earliest documentation of aliens visiting our planet exists in prehistoric cave paintings and petroglyphs, where drawings of strange humanoid figures

Delve into the unexplained mass sighting of flying objects observed in the skies over Arizona and Nevada in the US, and Sonora, Mexico on Thursday,...

Canada’s former minister of defence, reveals he truly believes in extraterrestrial life. Paul made the biggest headlines regarding his deep-seated alien beliefs during a speech...

The Mysterious Origins of Man argues that mankind has lived on the Earth for tens of millions of years, and that mainstream scientists have suppressed...

A film about the UFO Phenomenon that sets out to expose the secrecy used to hide the truth about extraterrestrial life and UFOs.

We are the Aliens is an idea that life on Earth came from another planet, this idea has been around as a modern scientific theory...

One of the greatest stories in Egyptology in recent years unfolded in 2008 when a previously unknown cave complex was discovered beneath the very shadow...

The truth about mythology, the spirit world, magic, Satanism, and the Illuminati. This documentary reviews repeating themes in mythology and tales of ancient man.