It has been 10 years since US led forces invaded Iraq and overthrew Saddam Hussein. The reason behind the invasion was made crystal clear: Iraq had weapons of mass destruction (WMD). Today, it is accepted that there were no such weapons. So where did the original evidence come from and why was it believed?

The Spies Who Fooled the World is a documentary that reveals how key aspects of the secret intelligence used by Downing Street and the White House to justify the invasion were based on fabrication, wishful thinking and lies.

Months before the Iraq war started, two highly-placed sources, close to Saddam Hussein talked secretly to the CIA and MI6. Their intelligence said Iraq did not have an active weapons of mass destruction programme, but it was simply dismissed by the two agencies.

Rafid Ahmed Alwan al-Janabi, “Curveball”, was reported to have who told the American and British spy agencies what they wanted to hear. He claimed that not only did Saddam have WMD, but he’d also constructed mobile germ factories on trucks, creating a potential hell on wheels.

In the aftermath of September 11, this testimony became the centrepiece in the case to justify the invasion. There was just one problem, the story was a fabrication.

When asked about his testimony: “The fact is that we went to war in Iraq on a lie, and that lie was your lie?” al-Janabi replied: “Yes.” 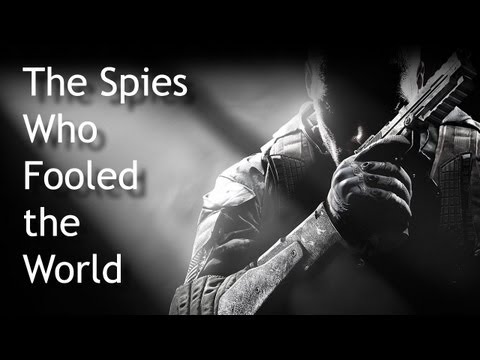 A film telling the story of Private James Dresnok who defected to communist North Korea during the Cold War.

As US and British forces get ready to leave Afghanistan, we take a look at misconducts and corruption of the security forces.

With no narrator and minimal description, this film captures the joy and sadness of life and death.

Thousands of hours of rare WWII color footage of are weaved together to give viewers a perspective on the most defining conflict in history.

A film unveiling the 50-year pattern of American war propaganda and media spin that saw the United States enter one war after another. Narrated by...

It is a dirty war of vigilante justice, rag-tag militias and indiscriminate bombing of civilians. This stunning and intimate film gets right into the stark...

A collection of sensational rare and unseen video footage of the Second World War brought to life in colour.

This film tells the story of four friends who set off from the Midlands in September 2001 for an innocent wedding and holiday in Pakistan.

A film series made with the cooperation of the Imperial War Museum, designed to make the Great War come alive for a 21st century audience.

Ending the Nuba Genocide is a moving documentary that goes deep into the latest humanitarian disaster in Sudan. The film interviews survivors of the aerial...

This conflict shaped the world that came after to this day. It was the catalyst for the rise of soviet communism in Russia, whose unraveling...