Medical marijuana is legal in 20 US states, but while it’s legal, there are many use cases that are controversial, like medical marijuana for children. Some parents claim it’s a wonder drug for epilepsy, severe autism, and even to quell the harsh side effects of chemotherapy, while others publicly denounce the use of pumping weed into still growing bodies.

In this documentary, vice goes to Pendleton, Oregon, to meet Mykayla Comstock, an eight year old girl who has leukemia, and like many others, she is pumping her body with mass amounts of weed to treat her illness. In 2012, her parents were told she had a mass in her chest, her oncologist said the chemotherapy wasn’t working the way it’s supposed to, and they were going to recommend Mykayla start full body radiation and a bone marrow transplant. But her parents knew that wasn’t necessary and what they were going to do would be right. That same day, Mykayla had her first dose of cannabis oil, six days later, it was in full remission.

Her family, and many people we met along the way, believe not only in the palliative aspects of the drug, but also in marijuana’s curative effect—that pot can literally shrink tumors. 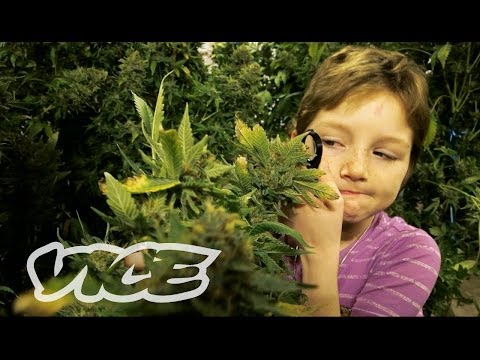 This documentary challenges the FDA and questions its agenda. Today, the FDA repressive bureaucracy serving pharmaceutical and agricultural greed and profits.

Tia looks like any other seven year old girl, but beneath the surface lies a medical mystery, she's unable to eat, and nobody can explain...

No matter what country you live in, you're probably surrounded by obese people, but why is that not everyone you see who eats a highly...

Who controls the future of your food? GMO OMG investigates how corporations have systematically taken over humanity's most precious and ancient inheritance, seeds.

Vegucated follows three people who switch from an animal based diet to a vegan diet for six weeks and discover some startling facts about the...

Over eight weeks, eight underweight people are booked into the feeding clinic for a diet swap. Some are shockingly obese, while others are borderline anorexic.

Gluten has become one of the new enemies in the pursuit of better health. Millions of people around the globe are already switching their diet...

Two friends set out to discover the ingredient that is fueling America's fast food industry and bulging waistlines.

Film tracing seeds from its role at the center of farming industries around the world to being transformed into a required product used to monopolize...

This fascinating documentary presents solid evidence that the foods we eat can either help sustain our health or contribute to disease.

Fat is being called the new tobacco. And our world is getting very fat, very fast, and now the obesity epidemic has spread to the...