When Dutch super trawler FV Margiris was given the all clear to catch millions of dollars worth of fish in Australian waters, her owners didn’t realise they were sailing straight into bureaucratic nightmare.

This documentary charts the extraordinary course of events that culminated in the world’s second largest trawler being left stranded and impotent thousands of miles from her native Holland.

The owners of The Margiris were assured by Australia that they had permission to fish its seas. “Literally what they said was, we will back you up no matter what happens, if you follow our rules. And we said we can accept that of course”.

But what the ship’s owners hadn’t counted on was a perfect storm of political protest that brought environmental groups and recreational fishers together in a campaign that even threatened to destabilise the Australian government.

In a bold move by the Australian the government, they sided with the people and anchored the super trawler for good. “We’ve got no idea what the rules are now!” exclaims ship owner, Gerry Geen.

So was this democracy in action, or political incompetence? 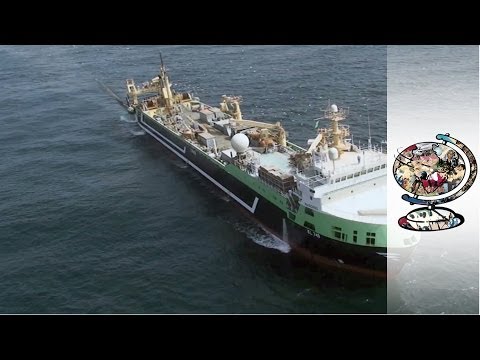 This film compares the many similarities between Donald Trump and Adolf Hitler.

After so many recent mass shootings in the USA, vice decided to take a trip to Florida to see why so many Americans are stockpiling...

The Assassination of Russia is an incredibly thought provoking documentary based on the apartment building bombings that rocked Russia in 1999. This film examines the...

CULTURAL MARXISM examines how a group of Marxist theoreticians, who call themselves the Frankfurt School, organised the corruption and overthrow of America by methodically undermining...

Slacker Uprising documents Michael Moore’s tour of the swing states during the 2004 Presidential election and how he got 16,000 slackers to show up every...

The Zionist Story is a well defined documentary of ethnic cleansing, colonialism and separation to produce a demographically Jewish State. This film approaches the topic...

As a US default looms, this film takes us inside the bitter divide between Republicans and Democrats. Through revealing interviews this film explores the Republican...

In Iran, the race is on to go nuclear, for almost two decades, the nation has kept key nuclear facilities a secret from the world....