When you first look at Wim Hof, he looks just like any other ordinary man, yet he’s able to perform extraordinary superhuman feats like no other.

Hof first caught the attention of scientists when he was able to show his ability to control his body’s temperature using meditation while staying submerged for 1 hour and 53 minutes.

Since then, he’s proved his superhuman abilities by climbing Mount Everest in his shorts, resisted altitude sickness, finished a marathon in the Namib Desert with no water while proving every step of the way that he is able to influence his autonomic nervous system and immune system.

By now, you might be thinking Hof is just a freak of nature, but to prove that anyone of us can learn his methods, Wim offered Vice correspondents Matt Shea and Daisy-May Hudson the opportunity to learn his meditation technique while putting it to the test when he takes the pair climbing up a freezing cold mountain in their shorts.

Matt and Daisy accepted the Iceman’s offer and set off to Amsterdam where the pair trained for two weeks before hiking up Poland’s frigid Mount Sniezka. During the psychedelic journey the pair learned how to unlock their subconscious response allowing them to regain control over their body, and the fear not to live fully. 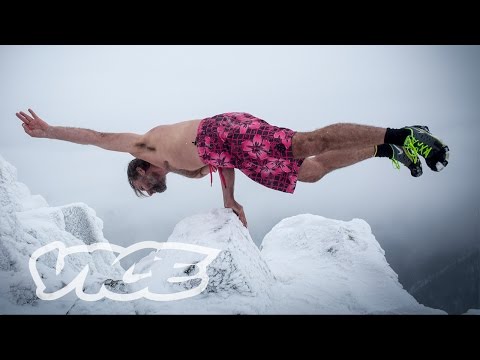 Erin Davies turned a negative situation in her life into a positive inspiration for people to deal with discrimination.

A film about creating your own personal legacy. What will you do while during your short time on earth? What will you be remembered for?...

Combining epic photographed phenomena with no conventional plot, this film captures the relationship between humanity and nature.

Doc exploring our planet from the mundane to the miraculous, looking into the unfathomable reaches of man’s spirituality and the human experience.

Spiritual author Deepak Chopra shares his insights on creating success and abundance in this inspiring testimonial based on his best-selling book.

The Secret movie interviews some of the world's leaders in business, medicine, psychology, history, and science to discuss the law of attraction.

We tend to accept that those in charge must be right. It's this very assumption that Socrates wants us all to challenge by urging us...

This film takes us into the peculiar world of real life vigilante superheroes to find out what inspires them to patrol these streets in a...

A documentary about 25-year-old Alex Rust, a day trader who ditched his yuppie life, made himself a sailboat captain and traveled the seas.

Ground Zero’s Responders is a unique tribute which focuses on the men and women who began their work immediately following the collapses of the twin...

Lipstick & Liquor takes a look at the increasing number of women living in suburbs who are drinking excessive amounts of alcohol.

This doc exposes the bold reality of western culture and our continuing idea that a woman's value is based on her looks rather than her...