The Truth 365 is a grass-roots documentary film and social media campaign that gives a voice to all children fighting all forms of cancer. Hosted by 18 year-old Melinda Marchiano, who is a cancer survivor, the documentary shines a light on the state of childhood cancer research funding by uniting the childhood cancer community, all members of Congress, top paediatric oncologists and several of the country’s most influential celebrities.

The Truth 365 is a volunteer project by and for the entire childhood cancer community. This collaborative campaign is led by Arms Wide Open Childhood Cancer Foundation, Band of Parents, Emmy-award winning producer Mike Gillette and high school student Taylor Klein. AWOCCF has made a name for itself in the Childhood Cancer Community as a small charity that thinks big and gets even bigger results.

In 2010, AWOCCF shocked the non-profit world by winning a $250,000 grant in the Pepsi Refresh contest against much larger organizations with thousands of members and volunteers. Band of Parents is a childhood cancer charity whose mission is to increase public awareness about neuroblastoma and to raise funds for the development of novel therapies.

Mike Gillette is a television producer from the Washington, DC-area and has won several local Emmy’s and national government programming awards for videos ranging from adoption, teen suicide prevention and childhood cancer awareness. Taylor Klein is a 17-year-old high school senior student from Northern Virginia who is a dedicated advocate for children with cancer. 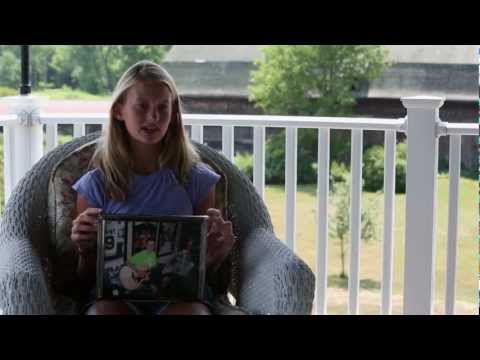 Odessa, the frontier of the ex-Soviet union, is fast becoming the seedy new tourist magnet for single American men. With women outnumbering men five to...

This is the story of how every spring China's cities are plunged into complete chaos, as a wave of millions attempt to return home by...

"180" Movie is a 33 minute documentary presentation about the abortion holocaust. It opens with Ray Comfort interviewing people and asking what they know about...

In the sequel, the film turns its attention to how social institutions are the underlying cause of social corruption, distortion and the focal point of...

David Attenborough examines earth's population growth since WW2 and looks at why we should commit to raising smaller families and lifestyle changes.

The aboriginal culture of Australia included a large number of tribes that inhabited the oceanic continent before the arrival of the white man. But is...

Based on the best selling work of renowned anti-racist educator and author Tim Wise, White Like Me delves into racism in the United States through...

This film explores the current charity and development issues surrounding foreign aid to Bangladesh since its independence.The film is concerned with some of the living...

Most people will tell you that it’s a really bad thing, but nobody can seem to stop doing it. We’re not talking about booze, drugs...

A film exploring the nudist culture within the United Kingdom tracing its origins back to 1891 when a short-lived society was formed in British India.

Starsuckers is a controversial documentary that tells the real story behind our addiction to fame and those who profit from it.

This film tells the gut-wrenching story of Youtube sensation Shoenice22, who has spent the past two years eating and drinking everything from sticks of deodorant,...