In the 1960s, six barrels of oil were found for every barrel that was used, fast forward 40 years and the world consumes between three and six barrels of oil for every one that it finds. Out of the 65 major oil producing nations, 54 have already hit their peak in production.

Many of the others are expected to follow shortly. At the rate we are consuming oil, the world will need to bring in the equivalent of a new Saudi Arabia every three years to make up for the declining output in the existing oil fields.

The average American today has available the energy equivalent of 150 slaves, working 24 hours a day. Materials that store this energy for work are called fuels. Some fuels contain more energy than others. This is called energy density.

In little over 100 years, we have managed to use half of our planet’s oil reserves, and as a result we are witnessing increases in atmospheric nitrous oxide and methane, ozone depletion, increases in great floods, damage to ocean ecosystems, including nitrogen run-off, loss of rainforest and woodland, increases in domesticated land, and species extinctions.

Global food production systems rely heavily on the use of fossil fuels, but before the start of the first World War, all agriculture was Organic. Since the development of fertilizers and pesticides, we have seen vast improvements in food production, allowing for increases in our planet’s population.

The use of artificial fertilizers has enabled us to feed far more people than if we relied on organic agriculture alone.

Inspired by 1940s cartoons, this film sheds insight into the energy dilemmas we face today. The film presents a detailed overview of resource depletion, energy and the impossibility of infinite growth on a finite planet. 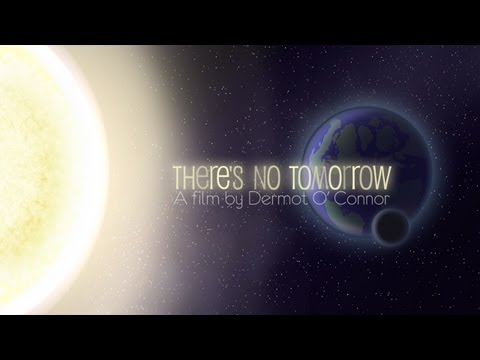 Come aboard as the VICE crew takes a cruise to the Northern Gyre in the Pacific Ocean, a spot where currents spin and cycle, churning...

For more than three decades architect Michael Reynolds and his students have devoted their lives to advancing the art of Earthship Biotecture by building self-sufficient,...

The year is 2055 and the earth is ravaged by catastrophic climate change. London has been flooded, Sydney is in flames, Las Vegas is has...

A film about the history of oil prices and the secret big oil companies don't want you to know.

Chut Wutty was one of Asia's leading environmental activists until he was mysteriously gunned down in the Cardomom forest. Why was he killed? We investigate...

Damocracy sets out to debunk dams as a renewable source of green energy, exposing the myth using Amazonia and Mesopotamia.