Michael Jordan had won two championships and lived through two small scandals when this documentary was made. During his 1991-1992 season, the unauthorized book ‘The Jordan Rules’ accused the player of being a bossy, hot-tempered team captain, and questions about Michael’s off-court gambling habits arose.

Still, as the level-headed Jordan notes, he had decided that year that the only person who could knock him off his pedestal would be himself-not a book author or media folks. In short, Michael matured.

While the video sprinkles Jordan’s commentary throughout, it covers the Chicago Bulls’ first two championships. Michael’s second Olympic experience; his commercial endorsement work; and a music video with the ever-ghoulish Michael Jackson. Sneak peeks into Jordan’s home life with Juanita and the kids are also tossed in.

What’s most engaging, though, is not walking down memory lane into the Bulls’ glory days against L.A., Portland, and every other NBA team, but learning what a truly stable and genuine off-court demeanor Jordan has.

In an age when young players proudly sport their arrogant, entitled attitudes, Michael’s authentically gracious ways are those of a dying breed. After all, what red-hot player when given the opportunity to be captain of a Dream Team featuring Magic Johnson and Larry Bird would defer without hesitation to his elders? 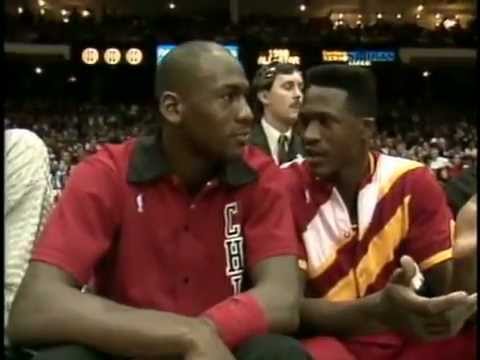 After winning the Tour de France seven times in a row, Lance Armstrong might well have been the greatest sportsman of all time. How did...

Former New York Giant Chad Jones was a promising star athlete from LSU whose professional NFL football career was put on hold by a tragic...

The international Isle of Man TT is described as the world's most dangerous motorcycle race. The tiny British island attracts more and more motorcycle enthusiasts...

Pumping Iron goes inside the world of bodybuilding to follow Schwarzenegger and Ferrigno as they get ready to pose on stage for the Mr. Olympia...

Doc following two North Korean gymnasts as they get ready for the Mass Games, the world's biggest choreographed gymnastics performance.

When Hunter Weeks and Josh Caldwerll got sick of spending eight hours a day in a stagnant maze of cubicles and attending meaningless meetings, they...

This film will give countless fans and aspiring athletes worldwide an intimate look at a country that is truly built for speed. Featuring Olympic Champion...

Freediving is a sport of diving underwater with just one breath in your lungs. It's about keeping the mind at ease, taking a deep breath...

A film chronicling the rise and demise of the Seattle SuperSonics NBA franchise 1967-2008, having left Seattle after 41 years to relocate to Oklahoma City...

A doc detailing the creation and success of the best basketball team ever created.

Michael Jordan to the Max is about the life and career of basketball player Michael Jordan, focusing mainly on him during the 1998 NBA Playoffs.