Tom Varney is a former psychotic criminal who later found God and devoted himself to serving his fellow man. In a strange twist of morality, this led to his life’s work: shooting wild dogs.

The Australian wild dog, weighing in at 15-25kgs is a hybrid of the native dingo and larger domestic breeds. The resulting super dog is bigger, smarter, and much more vicious.

Roaming in packs, wild Australian dogs are at the top of the food chain, they hunt and scavenge native kangaroos and wallabies, and they’ve been known to massacre entire flocks of sheep and animals as large as horses. These wild dogs cause millions of dollars in damage each year, while animal control agencies favour trapping and baiting them, farmers argue that nothing is as effective as a bullet to the head. That’s where Tom comes in. He’s pretty much retired now, but his methods (including his ability to call dogs up to him by mimicking their howls) have formed the blueprint for a new generation of dog hunters. 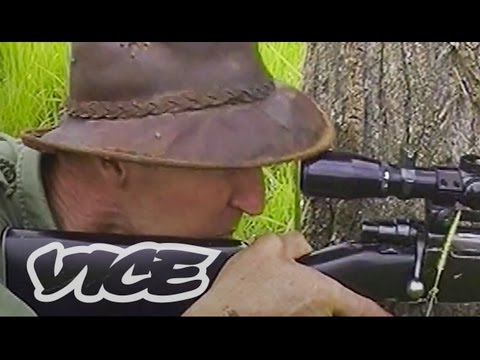 Discover the awe-inspiring qualities of our feline friend and how the cat became one of the most beloved animals in history.

This documentary features a Bengal tiger re-wilding project started by John Varty in 2000.

A light-hearted documentary that looks at how plants behave, revealing the world where plants are as busy, responsive and complex as humans.

Dr Brady Barr is at it again, and this time he wants to test out some new technology. Using a new laser that can measure...

Film about two Bengal tiger families living in the mangrove swamps of the Bay of Bengal.

This film takes us back to July 30, 1945. After the Indianapolis sunk in the Philippine Sea, the 900 surviving crew members fell victim to...

Elephants carrying spy cameras tell the story of four tiger cubs growing up in the Indian Jungle. Over two years the cameras track their development...

Peering into the secret world of killer whales in the Pacific Northwest, Pitcairn reveals both these enigmatic marine mammals and the rich habitat in which...

A look at the cause, effect and current understanding of one of nature's greatest enigmas - lightning, which is almost as old as the planet...

The cat, the most popular pet in Britain and the USA, is an ancient animal that has been designed and refined over millions of years...