During the 2012 London Olympics most of the world was glued to their TV’s, but in South Korea millions wouldn’t bother blinking for a second beyond the action unfolding on their screens.

For them, the only games going are bristling with powerful weaponry, require lightning fast trigger skills to survive and are played out on virtual battle grounds.

Internet gaming is a massive phenomenon in South Korea, with super-fast internet and it’s superstars, big bucks and even its own top rating television gaming shows.

But gaming also got plenty of downside.

The number of players addicted to gaming is estimated in the millions. The so called PC Bangs in places like the capital Seoul are filled with gamers who don’t know what time of the day or night it is and who have been playing for days on end.

A number of murders and deaths have been assigned to the gaming obsession. Even special psychiatric units have been established to deal with the addiction problem.

And while a generation binges on online-games, a very real enemy is watching and looking for vulnerabilities in the national grid.

It’s a disturbing picture but it doesn’t end in the tense arm wrestle on the peninsula. North Korea has a wider horizon. 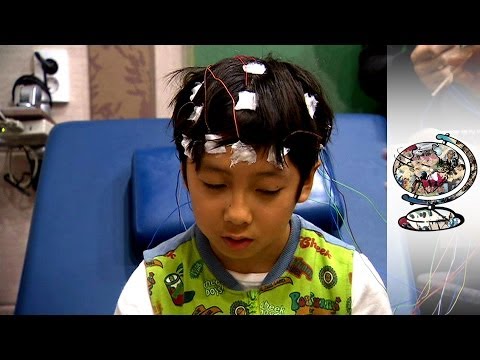 First Position is a documentary film that follows six talented ballet dancers as they struggle to maintain form in the face of injury and personal...

The media regularly use public opinion polls in their reporting of important news stories. But how exactly do they report them and to what end?...

This film takes a look at how a bunch of Reagan-era misfit kids turned Punk Rock into a social movement. American Hardcore traces the genres...

Britney Spears prepares herself for her upcoming Las Vegas Residency while taking us behind the scenes.

Learn what inspired Beyonce's fourth solo album, 4. In the documentary she opens up and gives fans an insight into how she is ready to...

A classic documentary film that captures Bob Dylan as her transforms from folk prophet to rock trendsetter. Filmed during a British tour in 1965, the...

The Internet Must Go follows a market researcher who tries to come up with a plan for how ISP's would market the internet without network...

A doc about the 1990s underground music alternative that saw rise to genres like Hype, Scratch and American Hardcore.

This film features Tupac in an uncut interview at the Clinton Correctional Facility in 1995. Tupac Uncensored and Uncut: The Lost Prison Tapes presents a...

This documentary explores the birth of the Ballet Russe de Monte Carlo in the early 1930s.

As the UK tabloid scandal exposes unscrupulous journalism and destroys a 168-year old paper, a candid look at the man who shattered the boundaries of...