Uganda holds a reputation for being beautiful, peaceful, hospitable, a haven for tourists and investors. Known ad the “Pearl of Africa”.

Scott Mills travels to Uganda where the death penalty could soon be introduced for being gay. The gay Radio 1 DJ finds out what it’s like to live in a society which persecutes people like him and meets those who are leading the hate campaign.

Scott spoke with people on the streets of Kampala, asking their opinion on homosexuals, and some of the responses were, “I hate them”; “they should be killed”, and “it’s disgusting”.

He also visits a gay bar in Kampala where gay men spoke of the fear they live in. One young lesbian told him that she had been raped in an attempt to cure her of her orientation, leaving her pregnant and HIV-infected.

Mills also meets with legislator David Bahati, who, Mills says, wanted him arrested. The film focuses on the alleged institutionalisation of homophobia in Uganda, the belief that it can be cured and the negative opinions that many hold on it. So what was he trying to prove? That Uganda really is The World’s Worst Place To Be Gay? 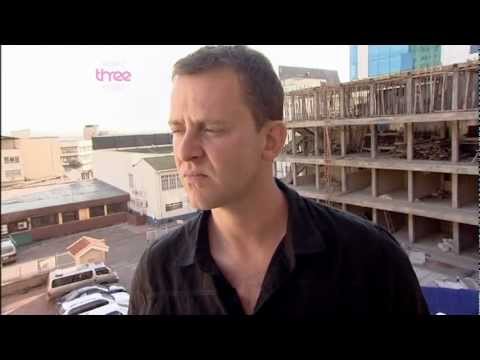 A phenomenal discourse on why poverty exists when there is so much wealth in the world. A must see for anyone wanting to understand not...

In Memphis's Forrest Park, there's a statue of Nathan Bedford Forrest, one of the most infamous and powerful racists in American history. Lately it's been...

In a violent city where murder is the norm, basketball is the only truth. This film gathers testimony from the street in an attempt to...

Not since the early 20th century has society in Britain been so unequal. Birth and not worth has become more and more a key determinant...

David versus Monsanto is a definitive look at the David and Goliath battle, as one farmer stands up and fights a large multinational corporation, and...

A documentary charting the change in attitudes to homosexuality during the 20th century. The film looks at the interwar years when homosexual males and females...

Odessa, the frontier of the ex-Soviet union, is fast becoming the seedy new tourist magnet for single American men. With women outnumbering men five to...

Follow filmmaker Jeremy Gilley as he embarks on a 10-year worldwide mission to establish a Day of Peace on September 21st. As he travels the...

A film revealing the unheard stories of children who have fallen victim to the bullying crisis that affects the lives of more than 13 million...

A documentary following a growing group of teens and twenty-somethings embracing the world of public nudity.