A central figure in the narrative of how the west was won, this film tells the story of Wyatt Earp and how his story became an American legend.

Wyatt Earp has been portrayed in countless movies and tv shows by a number of Hollywood’s greatest actors, including Henry Fonda, Jimmy Stewart, and recently, Kevin Costner, however these popular fictions usually belie the complexities and flaws of a man whose life is a lens on politics, justice and economic opportunity in the American frontier.

As a young man, Wyatt Earp was a caricature of the Western lawman. He gained notoriety as the legendary gunman in the shootout at the O.K. Corral in Tombstone, Arizona, but shortly after his death in 1929, distressed Americans down on their luck transformed Wyatt Earp into a folk hero, a central figure in the narrative of how the West was won.

Celebrated as a man who took control of his own destiny, Wyatt Earp came to epitomize the town-taming marshal responsible for bringing the forces of law, order and civilization to the Wild West.

This film is part of The American Experience Series. Read more at PBS. 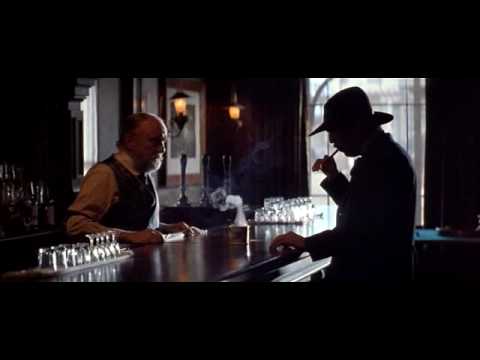 The Unsinkable Henry Morgan is an innovative documentary film that follows a team of prestigious artists and experts, as they travel across the Central American...

June 24th, 1945, the Soviet Union celebrates victory over Nazi Germany. A victory that cost the lives of near 27 million Soviet men, women and...

On April 7th, 1990, a blazing fire started aboard the passenger ship MS Scandinavian Star resulting in the death of 159 people onboard.

This is the story of a couple who were arrested for being in an interracial relationship that saw them and two young lawyers fight for...

Fought over two centuries, the epic conflict between the Christian Crusaders and the Muslims decided the fate of the Holy Land of the Middle East....

In the late seventeenth century it was known as the wickedest city on earth. A haven for adventurers, sailors and pirates--including the infamous Captain Morgan

A history of our world, from the beginning of time as we know it to the present day. This film delves into the formation of...

David Attenborough takes us on an unforgettable journey to look for the first origins of our world, unearthing the evidence of what the first creatures...

The citizens of 1940s Los Angeles we living in an atmosphere of tension when the city was gripped by brutal racial rioting between white servicemen...

The Old Stone House is located in Butler County near Slippery Rock Pennsylvania. It acted as a pivotal stop for those travel by wagon from...